According to Salvation Army, “Human rights are an inherent, inalienable and universal right of all citizens of the world.

They are inherent in the sense that these rights are the birthright of all human beings. People should enjoy these rights simply by reason of their humanity. They do not have to be granted or bestowed by another party for them to be enjoyed.

They are inalienable in that people cannot agree to give them up or have them taken away from them.

They are universal because they do not apply to one group but to all persons, regardless of their nationality, status, sex, race or religion.”

These basic rights are outlined in the United Nations’ Universal Declaration of Human Rights.

The Article 18 of the rights says

“Everyone has the right to freedom of thought, conscience and religion; this right includes freedom to change his religion or belief, and freedom, either alone or in community with others and in public or private, to manifest his religion or belief in teaching, practice, worship and observance”

United Nations seems to be doing little or nothing about this right of the people that have been taken from them.

Today being 10th December 10, 2016, is Human Rights Day. As we pray for the persecuted Christians all over the world, let’s join our voices with them and say NO to PERSECUTION of Christians. It is their Human Right. 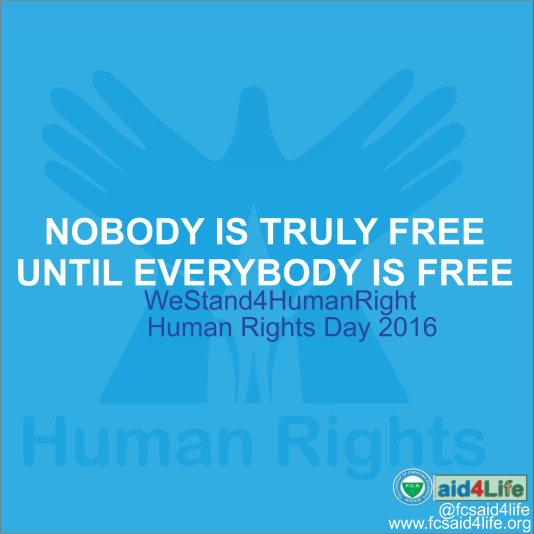 Connect With us on